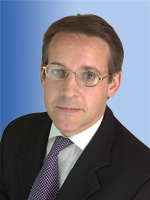 James grew up in a Devon rectory and chose to become a professional auctioneer after reading Medieval & Modern Languages at Oxford. Specialising in British Empire countries, James worked previously for both Harmers and Phillips before joining with Andrew Claridge and Nick Mansell to found Grosvenor Auctions in 1997. Among many collecting fields, James has special interests in the Falkland Islands, Antarctica and Pacific Islands. He is married with two children and lives in South West France, travelling regularly to London.