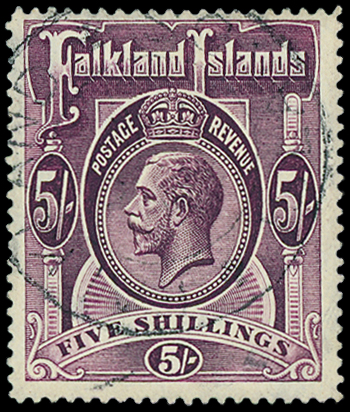 Once considered as variations of issued stamps of little interest and frequently ignored by stamp catalogues, unusual watermark varieties today count among the most highly sought philatelic rarities.

Driven by enthusiastic online bidding from collectors around the world the sale total for the British Empire & Foreign Countries auction held at Grosvenor on March 17 left its pre-sale estimate far behind, reaching the remarkable figure of £520,771 due in no small part to the prices achieved by these popular varieties.

Elsewhere in the sale prices for China and India in particular remained very firm with a rare group of 34 India Official 1925 Surcharge Essays [lot 706] soaring to £16,200.

Full listings of the prices realised from this sale may be downloaded. Contact Tom Margalski for further information.