The Ron Hake collection of Devon postal history was the starring feature in the specialised Great Britain auction held at GROSVENOR on April 21st, achieving a remarkable success and more than doubling its pre-sale estimates.

Dating from just before the English Civil War, a historic letter sent “hast post hast” in 1640 to Sir George Chudleigh, Deputy Lieutenant of the County (lot 220) rose strongly in bidding to £5,894. Showing on its reverse a fine strike of the “WELLS/X”, one of just two known examples of this very rare Cross Post marking, a 1709 entire from Croscombe to Plymouth (lot 228) soared to £3,316. 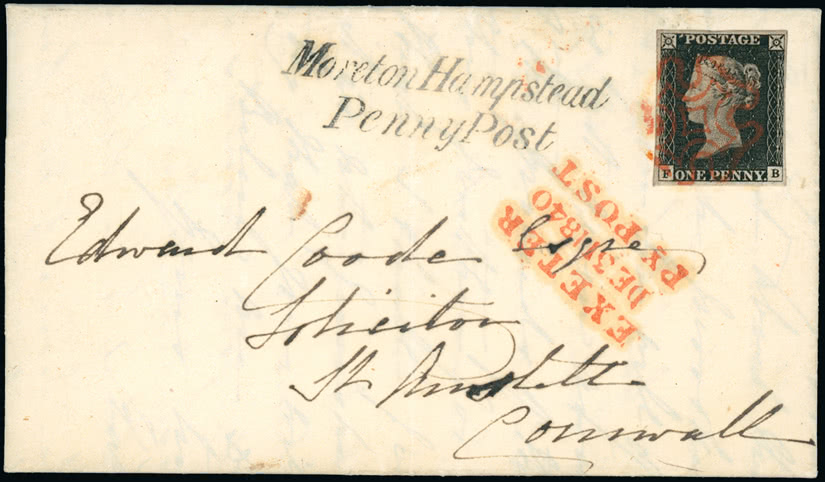 Both displaying attractive strikes of the two line “Moreton Hampstead Penny Post” marking and red three line “EXETER PY POST” datestamp, but franked by the 1840 1d. black and 2d. blue respectively, an 1840 entire to St. Austell (lot 168) and 1841 entire to Exeter (lot 177) were further connected by the £2,824 realisation they each achieved. 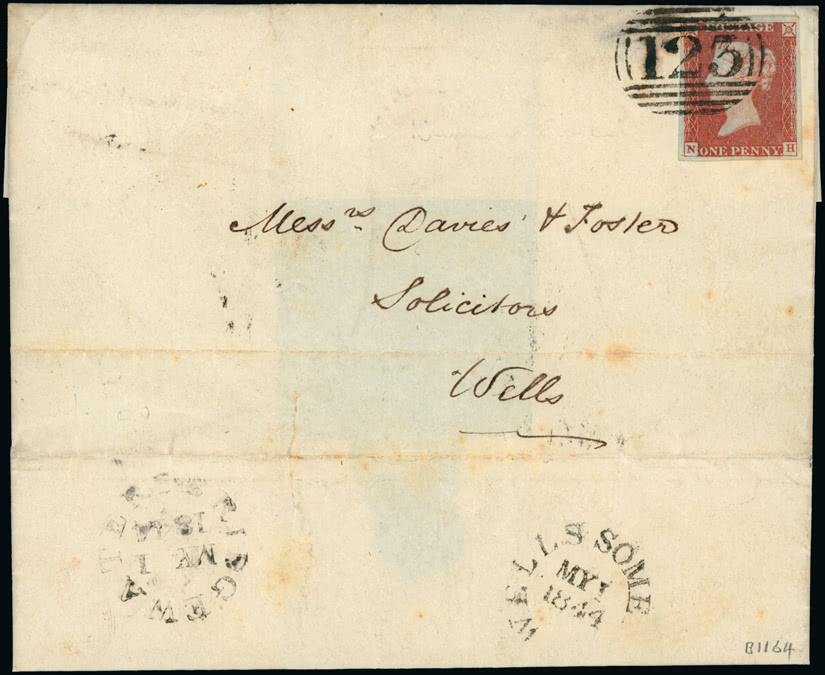 A fine section of Barred Numeral cancellations, also from the Ron Hake collection, attracted significant interest. Sent on May 1st 1844, the first day of use of this cancellation, an entire from Bridgwater to Wells franked 1d. red-brown cancelled by the “123” barred numeral (lot 309), deservedly rose to £2,088.

This auction of over 900 lots brought to the market the various properties of 134 different vendors and the sale total of £406,734 well exceeded expectations, confirming an underlying strength in the Great Britain market and prospects of further growth in county postal history.