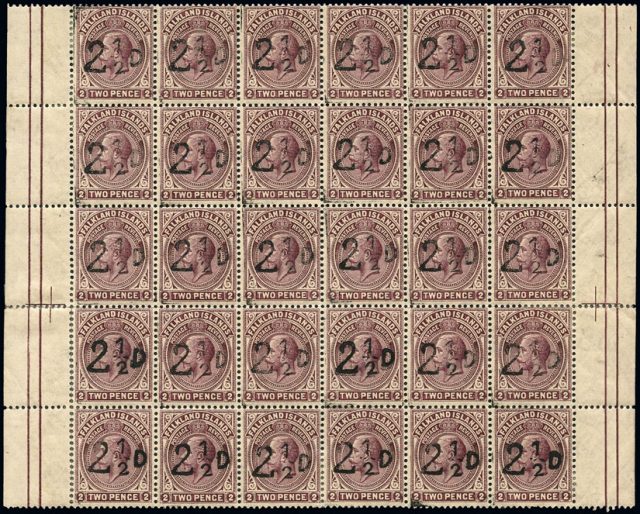 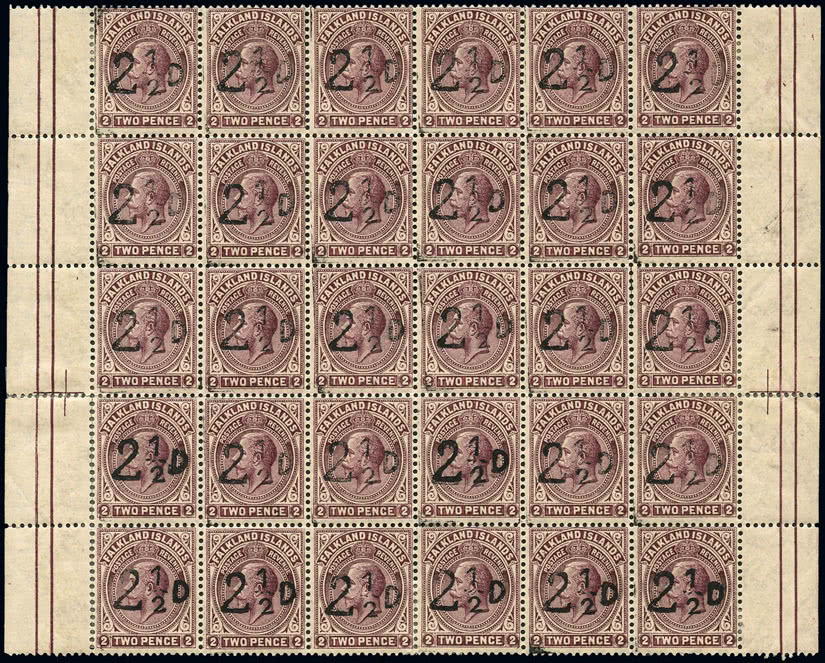 Bidding was fierce at Grosvenor in two auctions held over three classic days between March 5th and 7th. A ‘Du Pont Factor’ added further charisma to items already rare and desirable, contributing to a series of exceptional results.

The much-anticipated auction of the JOHN E DU PONT FALKLAND ISLANDS attracted a large attendance, many staying after the conclusion to enjoy a remarkable display of complementary Falklands material presented by prominent members of the Falkland Islands Philatelic Study Group. This was a memorable day for collectors of the islands who came to see rarities that may appear for sale only once in a collecting generation.

The auction achieved an overall total of £548,400, more than double its pre-sale estimate with those attending witnessing a new world record for the sale of a Falkland Islands item when the front cover item, one of just two known pairs of the 1882 1d. imperforate vertically (lot 2036, left) rose to sell for a highly impressive £58,500.

The record was to last for less than hour, however, when it was further shattered by the extraordinary £106,590 paid for the magnificent mint block of thirty of the 1928 South Georgia provisional surcharge including one stamp with surcharge double (lot 2149, above).

This auction had been preceded by an exceptionally diverse and attractive sale of BRITISH EMPIRE & FOREIGN COUNTRIES that produced its own excellent total realization of £857,600.

Foremost among a number of important offerings in this auction was the ‘Blantyre’ collection of Nyasaland, which included three of the ‘Crown Jewels’ of this popular territory, long withheld from the market.

This sale was strong in British Africa with Morocco Agencies postal stationery and Uganda missionary stamps also represented in unusual depth. Mafeking Siege issues included a locally used envelope bearing the Sergeant Goodyear 1d. (lot 1346) that rose to £4,680 in spite of some creasing and other faults.

Malaya & States featured the collection of the late Dr. Nigel Tyre and was well supported throughout. Among notable prices was the rare usage of a Federated Malay States 4c. lettercard sent in 1935 from Fraser’s Hill to Scotland (lot 917) that achieved £1,987. 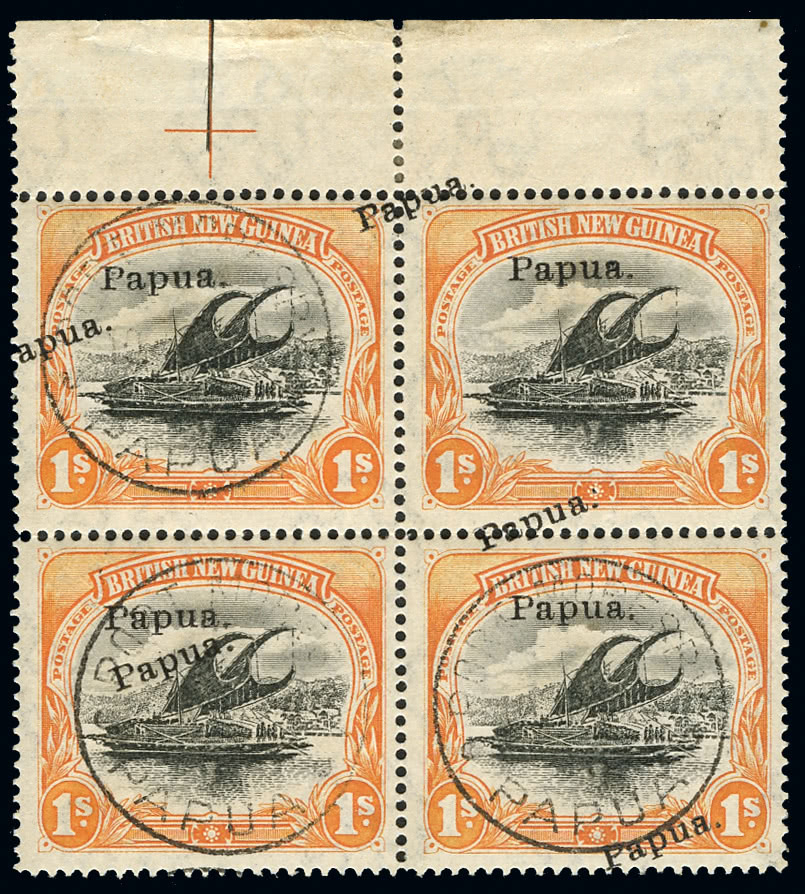 Exceptionally intense bidding from around the world kept auctioneers James Grist and Andrew Williams on their mettle throughout a busy week.

“They may have been demanding but these sales provided further thrilling evidence of the power of competition that makes public auction the fairest and finest method of sale.” – James Grist

Prices quoted include buyer’s premium and taxes. A full listing of prices realised at these auctions may be downloaded from the Grosvenor website www.grosvenorauctions.com.