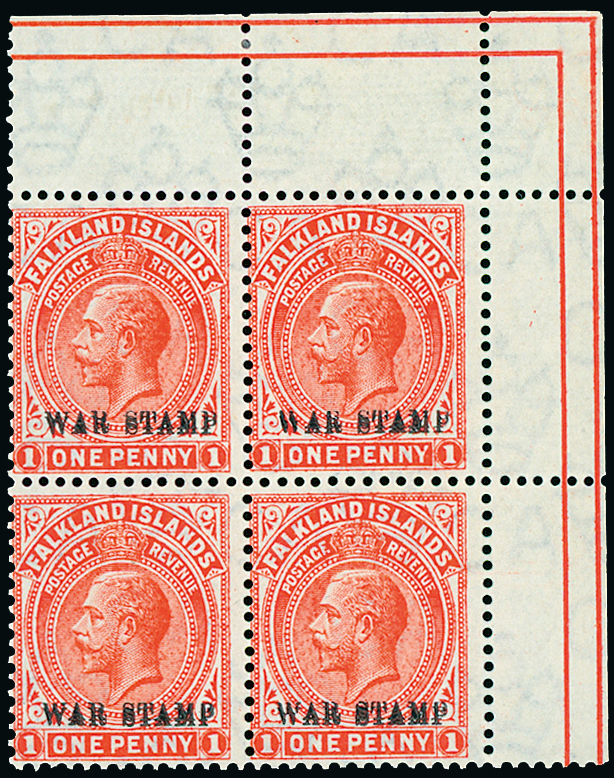 The September sale week at Grosvenor, opening the 2016 Autumn Season, achieved an excellent total result of £1,125,181.

The British Empire & Foreign Countries auction held on September 21 and 22 contained many substantial collections as well as fine specialist sections, including the Dougie Elliott collection of Ethiopia. Fewer than ten covers (sent stampless) from the punitive British Expedition to Abyssinia, sent against Emperor Tewodros II in 1867-68, now survive. An envelope sent by an accompanying foreign correspondent from the Senafe base camp showing the distinctive expedition datestamp on reverse (lot 679) was well bid to £3,684.

The section of lots devoted to the Mike Sartori collection and stock of Cinderellas presented a fascinating range of material, rarely offered in a major auction, from stamps produced for the use of bandits in China to ‘interplanetary’ issues produced for the travels of Dan Dare. The rarity of the set of four ‘Mount Athos’ stamps, produced by the Allied forces in 1916 for use by the Greek monastic community (lot 158) was recognised by a realisation of £1,487. The ‘Bougainville’ Falkland Islands, a single vendor auction held on September 22, was the finest collection of its kind to have been consigned to auction since the John du Pont collection in 2013. The exceptional response to its many treasures created a series of landmark results. The 1933 Centenary issue is considered by many collectors to be the most attractive ever produced for a Commonwealth country and auction prices are generally reliable, sometimes striking. Despite light hinging on the lower pair, a corner marginal mint block of four of the scarce 5s. black and yellow-orange shade (lot 3186, left) climbed on this occasion to £13,419.

The ‘Paid at South Georgia’ provisional covers are scarce and charismatic, those initialled “JIW” by James Innes Wilson being among the scarcest. A 1912 cover to Norway (lot 3215) showing these characteristics was fiercely pursued to £9,520.

Post-Brexit vote pessimism has created fears for the stamp market over the recent summer but the determined bidding and resulting prices witnessed in these two auctions have shown that early reports of the death of the stamp market have been greatly exaggerated.

Full listings of prices realised at each auction may be downloaded from the Grosvenor website. Contact Andrew Williams or Tom Margalski at Grosvenor for further information.