On a Gentle Simmer… 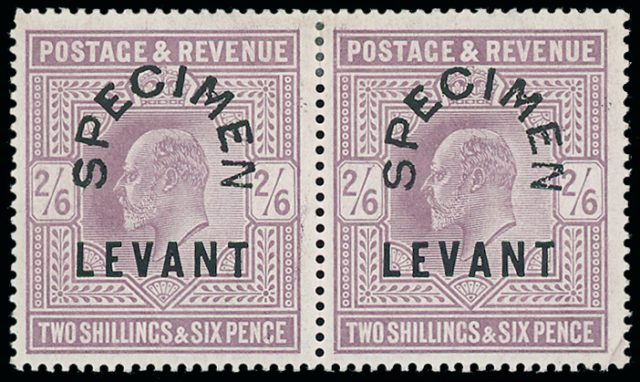 A series of steady results for individual items were interspersed by particularly strong realisations for larger collections, both specialists and dealers competing to capture material in quantity to sort and study.  A most unusual and surprisingly extensive collection gathered under the theme of ‘Canals & Waterways’ [lot 132], formed by Bob Cotton, a director of the British Waterways Board, and incorporating the collection of noted canal historian Charles Hadfield, achieved £1,860.

A particularly interesting presentation of the early mail of Canada included many fine items gathered by Mike J Y Roberts FRPSL. From New Brunswick the 1857 envelope to Ireland [lot 415] with the 7½d. packet rate paid by a pair and diagonally bisected single of the 3d. value sold for £1,798 and from Prince Edward Island an 1803 ship letter to Edinburgh [lot 441], carried by private vessel with London Ship Letter arrival, was the earliest known overseas letter following the territory’s change of name from St John’s Island, and well deserved its £843 realisation.

There was much interest among enthusiasts for the charismatic figure of Robert Baden-Powell, the Siege of Mafeking or the History of Scouting, keen to see the result of lot 1106. This lot offered an example of the Mafeking 3d. on piece accompanied by a rare autograph note in the hand of Baden-Powell explaining the issue and which had first been sold by auction in 1937, donated by the great man for the benefit of North Wiltshire Scouts. This fascinating item did not disappoint with an excellent realisation of £2,852. 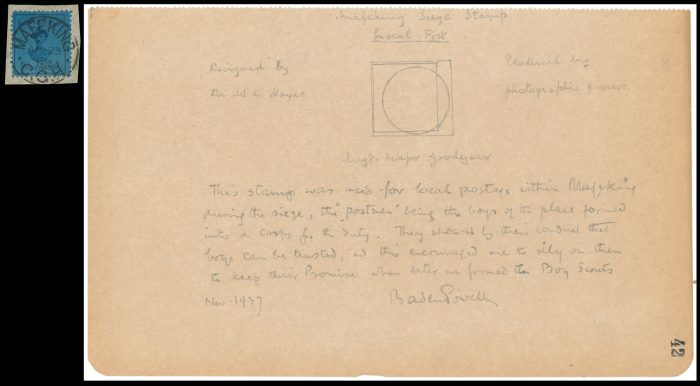