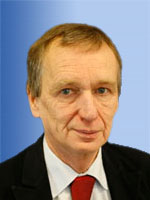 Charles worked as a botanist for fourteen years in Cambridge after graduating from university in 1973. He then entered the philatelic trade in 1989, joining Stanley Gibbons Auctions in 1990. He subsequently joined Phillips (later Bonhams) in 1992 as a describer and valuer, responsible for cataloguing Great Britain, British Commonwealth and Foreign countries, and travelling throughout the country and overseas looking at collections and conducting valuation days, before leaving to join Grosvenor.

Charles lives in Cambridge, and has two sons.