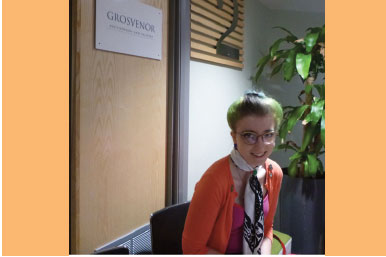 Roving philatelic expert Constanze Dennis and Grosvenor Chairman James Grist were in attendance to celebrate the occasion and enjoy the philatelic displays, which presented material of local interest as well as rarities of Great Britain from the collection of Edward Klempka with Cape of Good Hope and Western Australia from that of Richard Debney.