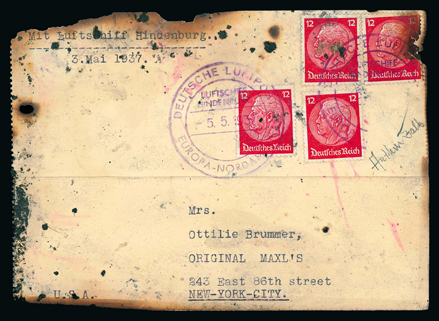 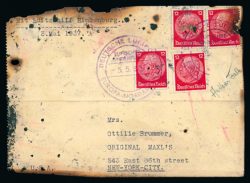 First sale of the Autumn 2019 season, the British Empire & Foreign Countries auction on September 18th was a lengthy event lasting almost eight and a half hours in the Grosvenor auction room on the Strand. By the end of the day the pre-sale estimate had been left well behind, a fine sale total of £566,177 having been achieved. The market remains strong with dealers active and elite collectors still looking for those exceptional items that might improve their exhibits ahead of the London 2020 Exhibition. 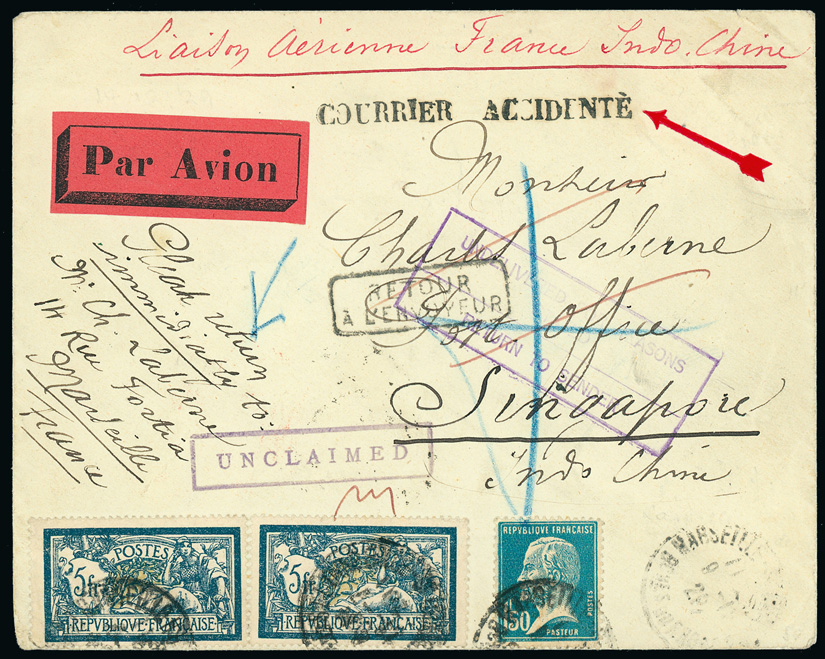 The star item from the exceptional Reg Patchett collection of Crash and Interrupted Mail has been described as “one of the finest examples recovered”from the famous crash of the Hindenburg airship at Lakehurst, New Jersey in 1937 [lot 385] and fully merited its £8,400 result. More surprising was a cover originally addressed from France to Singapore and recovered from the wreckage of the Nieuport-Delageaircraft that crashedinto a sand dune at Bir-El-Amar, in the Gulf of Sirte [lot 256] on December 14 which climbed to an unexpected price of £2,220.

There was a good response to an attractive offering of Gambia Cameo issues from the ‘King’s Pawn’ Collection, although it was noticeable that there was far greater enthusiasm for the unusual offering of full sheets of the 1886-93 issue than the classic imperfs. Highest individual price in this section was achieved by the sheet of the 1886-93 ½d. myrtle-green with watermark Crown to right of CA, from the Sixth delivery [lot 838], that rose impressively to £1,320.

There was strong support as usual for country collection lots, particularly those from Asia – Hong Kong, French Indo-China and Malaya all caught the eye – whilst the continuing strength of the Egypt market was shown by the “Cancelled” imperforate corner control blocks of four of the 1926-35 Official 1m. to 50m. set (less 15m. violet) from the so-called ‘Royal’ printing [lot 729], which achieved £8,160. 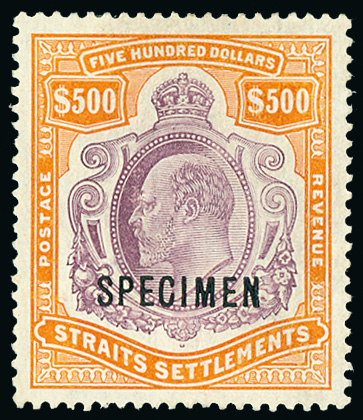