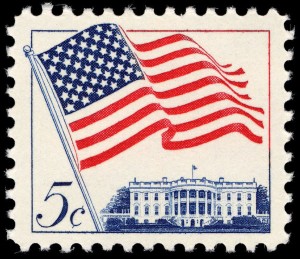 We are proud to announce the appointment of Robert P. Odenweller and Stephen D. Schumann as our official company representatives in the U.S.A. based on the East and West Coasts respectively. Bob and Steve will be pleased to provide all advice and assistance to U.S. clients wishing to consign material to our London auctions.

Robert P. Odenweller is one of the foremost philatelists in the U.S.A., a researcher, expert, writer, exhibitor and judge. He is a signatory to the Roll of Distinguished Philatelists, a past-president of The Collectors Club (New York) and an Honorary Fellow of the Royal Philatelic Societies in both London and New Zealand. His many philatelic awards include the Lindenberg, Lichtenstein and Luff Awards, and the Smithsonian Philatelic Achievement Award. As an exhibitor his first issues of New Zealand received the APS “Champion of Champions” award, and the F.I.P. Grand Prix d’Honneur. He is currently the senior active F.I.P. judge worldwide, and has been an AIEP expert since 1980.

Among his many published works, “The Stamps and Postal History of Nineteenth Century Samoa” and “The Postage Stamps of New Zealand 1855-1873: The Chalon Head Issues” are considered essential works, each having been awarded the Crawford Medal.

A graduate of the U.S. Air Force Academy, he first flew B-52s and then finished a 44-year flying career as a captain for TWA. Ongoing interests in languages, classical music, computer-based book editing and photography keep him busy. He has two daughters, one a full professor of anthropology and the other a professional operatic soprano, who has an active performing career in Venice, Italy.

Since 1983, he has been an APS accredited judge and has served on over 90 World Series of Philately Exhibition juries (33 as Chairman). He tries to serve the current exhibitors in the APS by providing the best feedback possible both written and oral. In addition he willingly reviews and makes suggestions regarding exhibits if photocopies are sent to him. An active exhibitor since 1977, his collections of Bangladesh, Brunei, North Borneo, New Zealand, Ceylon, and Labuan have garnered awards from Certificate to Grand Award at the national exhibition level.