Prices On The Rise 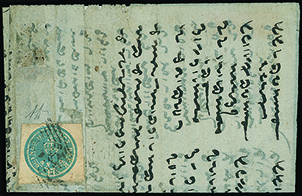 The October Sale Week at Grosvenor generated a total realisation of £1,862,942, a truly remarkable figure greatly in excess of pre-sale expectations. There were smiles all round as the auction room was able to reopen at close to full capacity, allowing us to welcome back clients to our offices not seen in person for many months.

The Covid pandemic had appeared a likely catalyst to accelerate patterns of social change already predicted but the lockdown experience appears also to have encouraged many collectors previously unconvinced by online bidding ­to try out its many benefits. The overall impact on prices has been dramatic. Bidder numbers are now at an all time high and it seems likely that these levels will now become the standard benchmark. The upsurge in competition between prospective buyers has provided a boost to the market that was long overdue – and all the more pleasing as it reflects natural development, rather than a contrived investment boom as seen in the past.

The concluding offering from the Lesley Digby Nelson collection of Queensland yielded a number of rarities, chief among these the unique used strip of three of the 1860 Clean-cut perf. 2d. blue imperforate vertically [lot 282] fully deserving of its £6,448 realisation.

A strong section of the classic issues of Canada was rewarded by prices that were solid rather than spectacular. One particularly handsome item was the Goodall’ die proof of the Nova Scotia 1860 12½c. printed in in greenish blue [lot 513] which achieved £1,056.

Other notable prices included £14,400 paid for a remarkable corner block of 24 of the China 1980 Monkey 8f. [lot 565]. The high potential of Chinese connections was also shown by unusual use of a 4c. reply card addressed to Wenchow, returned from the New Hebrides in 1917 [lot 923] which climbed strongly to £1,920.

The sale concluded with a further exceptional offering of Falkland Islands & Antarctica. From the very beginning eyes were on a unique historic item, the original 1869 OHMS envelope enclosing documents relating to the purchase of Pebble Island Station [lot 1116] and the price did not disappoint, reaching £13,640. A rare mint block of four of the first Falklands stamp, the 1878 1d. [lot 1134], this believed to be the finest of the three known surviving blocks, was fully worthy of its £4,340 realisation. A small but important group of 1891 Bisect covers included an envelope from the Fifth Mail [lot 1148] judged by expert Stefan Heijtz to be “the most important” and with the buyer appearing of like mind, this reached £8,928. Less impressively, a mounted example of the 1964 HMS Glasgow error [lot 1345], hinged at the time of discovery achieved only £14,400, a figure greatly less than is expected for any unmounted copy. Previously untested on the London market, a group of rare souvenir cards from the 1911-12 Japanese Expedition to the Antarctic [lots 1530, 1531, 1532, 1533, 1534] sold for prices that ranged from £252 to £504.

The Specialised Great Britain auction held on October 7-8 achieved an individual total sale price of £924,757 and provided broad interest including many substantial collections that attracted dealers and collectors alike.

The unique vertical pair of 1877 Telegraph £5 colour trials printed in pure gold ink [lot 2160] is a most attractive item and a considerable rarity yet its realisation was less striking ­– just £3,720. Official stamps included the mint 1890 Inland Revenue 10s. cobalt on blued paper overprinted “SPECIMEN” [lot 3012] which produced a much more satisfactory price of £3,100.

Full listings of the prices realised from sale GPA 143 can be downloaded here and for GPA 144 here. For further information contact Tom Margalski.