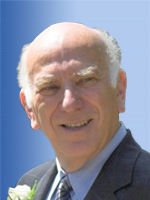 David Boyd started his philatelic career with Robson Lowe in 1958. In 1972 he was appointed Manager of the International Fine Art and Antique Auctioneers – Phillips, Son & Neale. Although the company had a tradition of stamp auctions, the department was run down. David turned the department around and within three years he was appointed to the main Board where he served for 24 years. He secured many great collections for sale including the fabulous studies of Norway and Italian States formed by Baron Alphonse Rothschild. David served as Chairman of the Philatelic Traders Society and Chairman of Stampex each for two years. He is an honorary member of the Philatelic Traders Society. Among his collecting interests are flown propaganda leaflets.

Married for 50 years, he has two daughters and he and his wife Pat enjoy walking, cycling and travelling. He is a keen bird watcher and President of the Redmon Cycling Club.