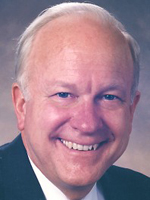 Robert is one of the foremost philatelists in the U.S.A., a researcher, expert, writer, exhibitor and judge. He is a signatory to the Roll of Distinguished Philatelists, a past-president of The Collectors Club (New York) and an Honorary Fellow of the Royal Philatelic Societies in both London and New Zealand. His many philatelic awards include the Lindenberg, Lichtenstein and Luff Awards, and the Smithsonian Philatelic Achievement Award. As an exhibitor his first issues of New Zealand received the APS “Champion of Champions” award, and the F.I.P. Grand Prix d’Honneur. He is currently the senior active F.I.P. judge worldwide, and has been an AIEP expert since 1980.