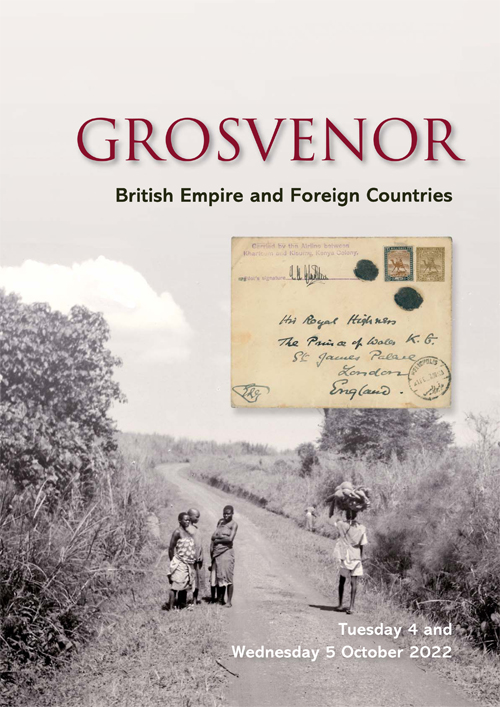 A remarkable auction of over 1,700 lots including the fine collection of East Africa formed by the late Jonathan Smalley, former Charman of the East Africa Study Circle, the first part of the exceptional Stefan Heijtz FRPSL International Gold Medal winning collection of Barbados, United States of America formed by the late Professor Robin Turner of Devon, and a strong specialised section of Falkland Islands & Antarctica including scarce material from the collections of John Baverstock and the late Mike Cone, the Kim Stuckey FRPSL collection of the 1918-20 WAR STAMP issues, as well as the fascinating collections of the 1914 Battle of the Falklands, 1939 Battle of the River Plate, 1982 Conflict and the Expeditions of the Admiral Richard E Byrd, all formed by the late Graham Booth FRPSL